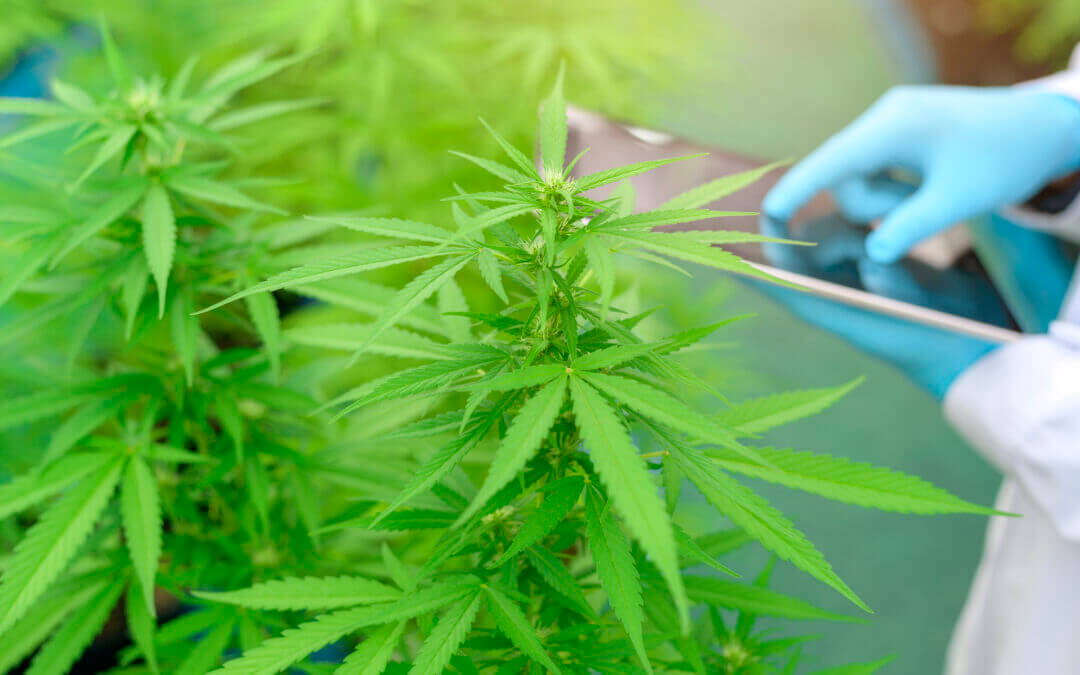 Pre-clinical studies in humans and mice suggest that CBD can prevent SARS-CoV-2 replication in the early stages of infection.

This study published in the journal Science Advances reports that CBD showed a significant negative association with positive SARS-CoV-2 tests in a national sample of medical records of patients taking the FDA-approved drug to treat epilepsy.

Researchers at the University of Chicago, on the other hand, reject self-administration of this compound for Covid-19: more research is needed and questions remain about the optimal dose, formulation or mode of administration, they say.

An interdisciplinary team of researchers at the University of Chicago, led by Marsha Rosner, has found evidence that cannabidiol, or CBD, a product of the cannabis plant, can inhibit COVID-19 virus infection in human cells and mice.

More studies and research are being added as the team of scientists led by Long Chi Nguyen advocate for rigorous clinical trials to evaluate the potential of CBD as a therapeutic intervention for Covid-19, including its possible long-term effects.

This team found that tetrahydrocannabinol (THC), the main psychoactive compound in cannabis sativa and indica, grown for use as marijuana, could strongly counteract the antiviral effects of CBD that they observed. The authors state that this finding “essentially eliminates the feasibility of marijuana serving as an effective source of antiviral CBD“.

After 48 hours, the team observed strong inhibition of viral replication, with no observable toxic effects.

The researchers repeated these experiments with two other types of human cells and three variants of the virus (Alpha, Beta and Gamma), all with comparable results.

Nguyen and his team also tested their results in mice expressing the human ACE2 receptor. At both the lowest and highest doses, CBD reduced viral load and none of the mice lost weight or showed signs of clinical disease. “These results establish the preclinical efficacy – in tissues and animal models – of CBD as an antiviral drug for SARS-CoV-2 during the early stages of infection“, conclude the authors of the paper.

CBD could prevent COVID from making copies of itself

Using small doses of highly purified CBD that approximate those patients receive in an oral medication already approved for severe epilepsy, Rosner and colleagues found that CBD did not prevent the coronavirus from infecting cells in test tubes.

Instead, it acted soon after the virus entered cells, preventing it from making copies of itself, partly through effects on the inflammatory protein interferon. They found similar effects in infected mice, according to a report published in Science Advances.

Rosner’s team is considering a clinical trial that would likely focus on asymptomatic or mild cases of COVID-19.

CBGA and CBDA as potential cannabidoids to prevent COVID

According to a study published in the Journal of Natural Products by Richard van Breemen, a researcher at the Oregon State Hemp Innovation Center (USA), CBGA (cannabigerolic acid) and CBDA (cannabidiolic acid) may prevent COVID because they can bind to the spike protein of the coronavirus, preventing it from attaching to cells.

The ‘spike’ protein would bind to the cannabis compound rather than the cells, which may offer new avenues to prevent and treat the disease.

“CBGA and CBDA are abundant in hemp and many hemp extracts. Any part of the infection and replication cycle is a potential target for antiviral intervention and the connection of the receptor binding domain of the ‘spike’ protein to the human cell surface ACE2 receptor is a critical step in this cycle,” Breemen explains.

Finally, the researcher details that his data show that CBDA and CBGA are effective against the two variants tested, and the trend is expected to extend to other existing and future variants.

The truth is that COVID is a virus about which much remains to be learned, but more and more scientific studies are being conducted with the aim of seeking possible prevention and reproduction of the virus.

In our opinion, an alternative could be to produce an oil with CBD and CBG alpha acids with several cannabinoids that enhance each other to generate the entourage effect (the “extra” effect produced by the synergy between the cannabinoids and the other molecules of cannabis).

Will CBD be an ally in this battle remains to be seen.

CBD in Tenerife, Spain tackles pathologies of the lungs

At Blucanoby as CBD wholesalers, we are clear that the natural properties of CBD are used to treat different diseases. As a result of the coronavirus pandemic, we have been affected by multiple pathologies linked to respiratory diseases, which is why we have...
Read More

In this article we want to refer to CBG, the root of cannabinoids, its difference with CBD and finally inform you about our CBG research project aimed at developing products to treat lung-related diseases. What is CBG? CBG is one of the least studied cannabinoids due...
Read More

The cannabis industry is on the rise and within this world there is a diversity of associated concepts, some known and others not so much, among them the Tetrahydrocannabinol or THC, so we have developed this post to answer questions such as THC, what is it, is it...
Read More